Translating a pseudo-Welsh accent into French (or, over-explaining a joke)

Recently I came across Accros du Roc, a French translation by Patrick Couton of Terry Pratchett's comic fantasy Soul Music. In the original, Imp y Celyn ("Bud of the Holly" in Welsh) is a young musician from Llamedos, a small country full of druids and stone circles and harps where it rains all the time. He has a conspicuous Llamedos accent, which seems to consist mainly of doubling all his l's: "Not ellvish at allll, honestlly". For British readers, it's fairly obvious what's going on here: Welsh makes extensive use of the letter combination ll (transcribing a lateral fricative not found in English), so doubling the l's gives it a vaguely Welsh look without actually attempting the difficult task of representing a Welsh accent using an orthography as phonetically inexact as English's. Not a terribly funny joke, really, but it plays some small part in establishing our expectations for this character. But how could it be translated into French, or for that matter any other language?

Conveniently enough, France does have a sort of equivalent to Wales, a rainy, mountainous, coastal region with its own Celtic language and a lot of stone circles: Brittany. Breton does not make much use of the combination ll, but it does have a few characteristics that appear equally exotic to French speakers - in particular, the combination c'h (transcribing the velar fricative /x/) and the frequent use of the letter k (for /k/, reasonably enough). So Kreskenn Kelenn (one guess as to the name's meaning in Breton) talks like this:

So in this case, it works out quite well - though I imagine the joke is lost on readers from, say, Quebec.

I gather that Soul Music has been translated into quite a few languages, but I don't think Arabic is one of them. What on earth would a translator do in this case? It would be kind of tempting to go for equating Celts with Berbers - there are a few stone circles in North Africa - and have Imp substitute ث ذ for ت د. But I don't think any Arab reader east of Algeria would get the allusion, and I doubt that the Middle East contains any ethnic group that can be satisfactorily thought of as playing the role for the Arabs that the Welsh do for the English. Then again, if I were an Arabic translator asked to take on Soul Music, I would give up immediately - any of the few Arabic speakers capable of getting enough of the rock music history allusions to be entertained by the book would be more comfortable reading it in English or French anyway. But that objection is not insuperable: after all, The Wasteland and Finnegan's Wake have been translated into Arabic (for some reason). Perhaps some day a genius will come along sufficiently reckless to give it a try... 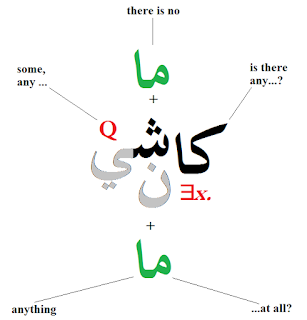 Recently, the detection of gravitational waves made headlines all over the world. These waves were only hypothesised a century ago, and have literally never been consciously experienced by a human being before. Apart from a few physics fans, most people had (still have?) never heard of them. That means that, this month, millions of people all over the world are learning, for the first time, how to say "gravitational waves" in their own language, entirely as a result of media coverage. For the official languages of First World countries, determining how to say "gravitational waves" was simply a matter of looking it up in a dictionary, or consulting a physicist; the groundwork had been laid long since for terms such as the following (morphemes separated by dots). In most European languages, even the term for "gravity" and/or "gravitational" had been borrowed wholesale from Latin, and all that had needed doing was to translate "wave" and add appropriate inflectional morphology: Of course, Latin is not the only classical language; Japanese, for one, had opted to coin a term out of morphemes borrowed from Chinese: In the Third World, the naming problem is a little less straightforward. There are plenty of physicists speaking Arabic, for example, but it cannot even automatically be assumed that an Arabic-speaking physicist will be capable of talking about physics in Arabic; many not only work but even teach in a foreign language. Nevertheless, the mere fact of a language being extensively used in media and teaching guarantees that it already contains expressions for "gravity" and "gravitational", not to speak of "wave", and makes it probable that they had already been combined, as in the following expressions: For languages not lucky enough to enjoy official status, the issue poses more difficulties. The BBC's Hausa service heroically managed to coin or find a term for "gravitational waves" in Hausa - a language with no specific word for "wave" - but one wonders how physicists, to say nothing of ordinary speakers, feel about it... What about Berber? Well, in principle the relevant words have been coined, probably more than once. If we go with Mazed's (2003) Amawal amatu n tfizikt tatrart, "gravitational waves" should be timdeswalin tizayzayanin. You may not be unduly surprised to hear that this gets zero hits on Google. There are dictionaries of proposed terminology for Tamazight (pan-Berber), but there are no fully Berber-language newspapers, and nobody teaching physics in Berber. Very likely the Berber-language radio/TV stations have spoken about this news, but if so, my experience of Algeria's Radio 2 suggests that they probably just switched into French to express it - and if they did use the neologisms, chances are virtually none of their listeners understood them.

What about Siwi, or Korandje? Come on - who are we kidding? If a speaker of either wanted to speak about gravitational waves, they would simply use the Arabic term (or possibly the French or English one). Nothing in the structure of these languages prevents them from coining the terminology for this - but the fact that these languages have no media or educational system of their own, and are spoken by communities too small to include any professional physicists, makes it extremely unlikely that their speakers will do so, and even less likely that any such coinages will be successful.

The moral is obvious: for a language's speakers to effectively be able to talk about the full range of topics associated with the modern world without resorting to code-switching or nonce borrowing, they need mass schooling and mass media in that language.

Which brings me to another recent news item: it appears that Morocco's Minister of Education, Rachid Belmokhtar, plans to start teaching scientific and technical subjects in French, even in secondary school (1 2). The most obvious disadvantage of such a policy is that it makes it impossible for students doing badly in French to understand these subjects, thus reducing even further their already limited chances. But its implications for Standard Arabic in Morocco bear considering too: this decision condemns an important part of its vocabulary to local oblivion.

A Soninke loan in Songhay

There are a rather large number of words in Songhay, the language of the Niger River valley between Timbuktu and southern Niger, which are almost the same as in Soninke, the language of the semidesert regions around the Mali-Senegal-Mauritania borders well to the west. Since most of the basic vocabulary is very different, these must be considered loanwords. But how do we tell which language coined them and which one borrowed them from the other? In some cases, this can be tricky, but in others it's quite clear-cut.

Three years ago, I discussed a Songhay-Arabic poem including the Timbuktu-area word sete "caravan". This word is well-attested elsewhere in Songhay, from eastern Mali to northern Benin (though not in the Sahara proper):

The root is also found in Fulani, eg Gambian Fula sete "caravan" (Gamble), Pular seteejo "traveller, caravaneer", setagol "go on a trip" (Bah), and Heath glosses it as a Fulani loan in his Hombori Songhay dictionary. In neither language, however, does it have an obvious derivation from some shorter or more basic form. For that, we need to turn to a third language - Soninke.

In Soninke, setú is the normal word for "to ride", glossed by Diagana "to be on top, to ride, to perch". By applying the productive morphological process C1V1C2V2 > C1V1C2C2V2, normally used to form imperfectives, we get sètté "caravan, cavalcade, group on horseback, riding". This etymology is not possible in Songhay, where "ride" is kaaru, nor in Fulani, where "ride" is maɗɗ- / waɗɗ-. We thus see that this commercially and politically significant word must have been coined within Soninke. That fits some aspects of the known history of the region: the early Soninke kingdom of Ghana played an important role in the development of the trans-Saharan trade, and even after its fall a diaspora of Soninke traders, the so-called Wangara, played an important role in tying the region together economically.